The Epic Blog by Madvanthi is licensed under a Creative Commons Attribution 4.0 International License. 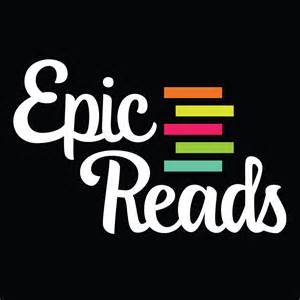 And here come the questions:

1. If you could invite one author and one of their fictional characters to tea, who would you invite and what would you serve them?

That is easy! I’d invite Rick Riordan and Leo Valdez! I’d love to know how Rick managed to make so many people take such a great interest in a subject as drab as Greek mythology, and how he gathered courage to stand up for a sensitive topic in The House of Hades. That too in a YA book. And as for Leo, I’ve mentioned atleast a million times that he is one of my favourite characters in YA books. All said and done, I’d serve them some spicy Indian chaat, and maybe Leo could spare some nectar and ambrosia.

2. What book do you wish the author would write the prequel for?

Like everyone else, I would want a sequel for Harry Potter. The Marauders, Lily and Snape’s friendship, rise of the Death Eaters, life as an Auror…so much to know. So little time. Sigh.

3. Which two characters (NOT from the same book) do you think would make a good couple?

This question sucks, because if it were the same book, then I’d opt for Hermione Granger and Draco Malfoy (I never did like Ron Weasley). However, as it is (sadly) prohibited, I’d probably go with Reyna Ramirez-Arellano from The Heroes of Olympus and Fred Weasley from Harry Potter. Okay, I know, Fred is dead, and Reyna is bitter, but I didn’t wish to break any OTP. Also, Fred has a huge chance of making Reyna laugh and keep her happy, while Reyna’s quick wit would go well with Fred.

4. If you ran into your favorite author on the subway and only could say one sentence to them who is it and what would it be?

Tough one. Well, let’s assume that I run into Agatha Christie (No, I’m still alive) I’d just say: PLEASED TO MEET YOU MISS CHRISTIE YOU MADE ME LOVE MYSTERIES THANKS FOR EVERYTHING and probably take a selfie with her.

5. What book made you a reader and why?

Enid Blyton’s Secret Seven series. I was only about seven then, and I fell in love with the thrill that the books offered. This made me embark on a bookworm’s adventure. And I’ve never looked back since then.

6. Your bookshelf just caught fire! What is the one book you would save?

I’d put off the fire and save all my books. Duh.

7. Which dystopian world would you want to live in and why

To be honest, I’m still to read any book with a dystopian setting. Blame the library. So, just skipping it. But I consider Bella Swan’s universe hell enough to make me kill myself, so if it is considered dystopian… 😛

8. What is your most Epic Read of all time?

Harry Potter And The Half-Blood Prince. I still have literal goosebumps when Snape says:

You dare use my own spells against me, Potter? Yes. I’m the Half-Blood Prince.

As mentioned before, this is an open nomination. The more, the merrier!